Give me Shelter – Raising a Roof for a Fiji school

In November 2019 I spent a week in Fiji for a social rugby tournament, where a group of us were lucky enough to visit Nadi School. This is an account of that visit.

In 2012 Nadi District School was hit by flooding and in 2016 it was walloped by a cyclone.

The state school is one of Fiji’s oldest, going back to the early 1900s. But it’s far from an elite institution – and doesn’t enjoy the privileges of other schools on its doorstep.

Fiji’s schools are meant to be open to all comers, irrespective of ethnicity, religion or socio-economic background. Yet Nadi District School, as a so-called “Fijian” school, is poorer than Nadi Primary School, the “Indian” school across the road.

Nadi District’s funding is based on roll numbers. The school has 640 pupils and 17 teachers. While the average class has 35 kids, some have nearly 50.  Because of zoning, the school can’t pick who comes through the gate.

Generally, the surrounding wealthiest and most able go to the Indian school’s kindergarten and then through its primary school.

“The cream go to the Indian school and they send the rest to us,” Head Teacher Anaseini Qeleca said.

But life goes on, partly through every school lessons, like tending to gardens and crops.

The school doesn’t offer farming as a school subject but it does emphasize simple gardening focussing on flower and vegetable gardens around the grounds. This is an extra-curricular subject and it’s entirely up to the teachers on how they carry out the activity.

There’s also a Young Farmers Club linked to the school which has teachers in charge. They do basic farming of cassava planting and vegetable planting every fortnight on Wednesdays, Qeleca said.

In March 2019, the country’s Young Farmers movement received a boost with government-backing for a Business Incubation Scheme for youths engaged in commercial farming.

According to Fiji Broadcasting Corporation, the initiative engaged 100 youths aged between 20-30 years for intensive hands-on training over three years. The programme targeted youths with access to agricultural land who were already involved in farming. Participants were required to produce for local and export markets as they were guided toward a farming career.

Asked to describe the kids, one teacher said the school had “some very good ones and some spoilers.” Boredom and lack of opportunities from an early age encourage an increasing trend for nuisance social activity and a growing amount of theft, she said.

The school is “medium-size” by Fiji standards and not nearly as remote as smaller schools inland, but it has little cash and few facilities. A Women’s Club similar to a PTA pays the school weekly rent of about $15 to sell food at a de facto tuck shop.

The income doesn’t go far. The school has raised half of the $10,000 it needs to finish building a permanent shop of its own.

To attract pupils, the school also hopes to open a kindergarten of its own this year.

Fundraising for such projects is piecemeal, not helped last year when the education ministry “took the money back” from the school after determining it had a “problem with the utilisation of money”. To build the tuck shop or other facilities, like an overdue washroom, staff must first show officials three quotes for building materials. The biggest challenge is “the burden of running around to find quotes,” Qeleca said.

The Government funds an administration officer, clerk and librarian. The previous computer teacher left for a new job and the school would advertise for a new one once it had better facilities.

“Everything is old and there’s work needed because of this,” Qeleca said.

She said the strain on facilities became especially acute when it hosted events, like the recent Nadi district athletics champs. One hundred extra pupils arrived for four days of “camping” after better-equipped local schools in the area declined to host the event. The pupils brought their own food but the school paid for water, electricity and water. Staff jammed together equipment from several rooms to make space.

The school does have some private backing. In 2019 an ex-pupils group raised about $13,000 for a new hall. The assembly space is expected to be invaluable during the wet season.

Last November, Australians John Jensen and Vicki Drabsch visited the school during a week-long veterans rugby tournament, bringing chalk and stickers for the kids and cash which went toward certificates for a school prizegiving. Hearing of the school’s situation, a combined North Canterbury and Kaikoura team donated boots, bags and other rugby gear. Another group at the nearby Dena 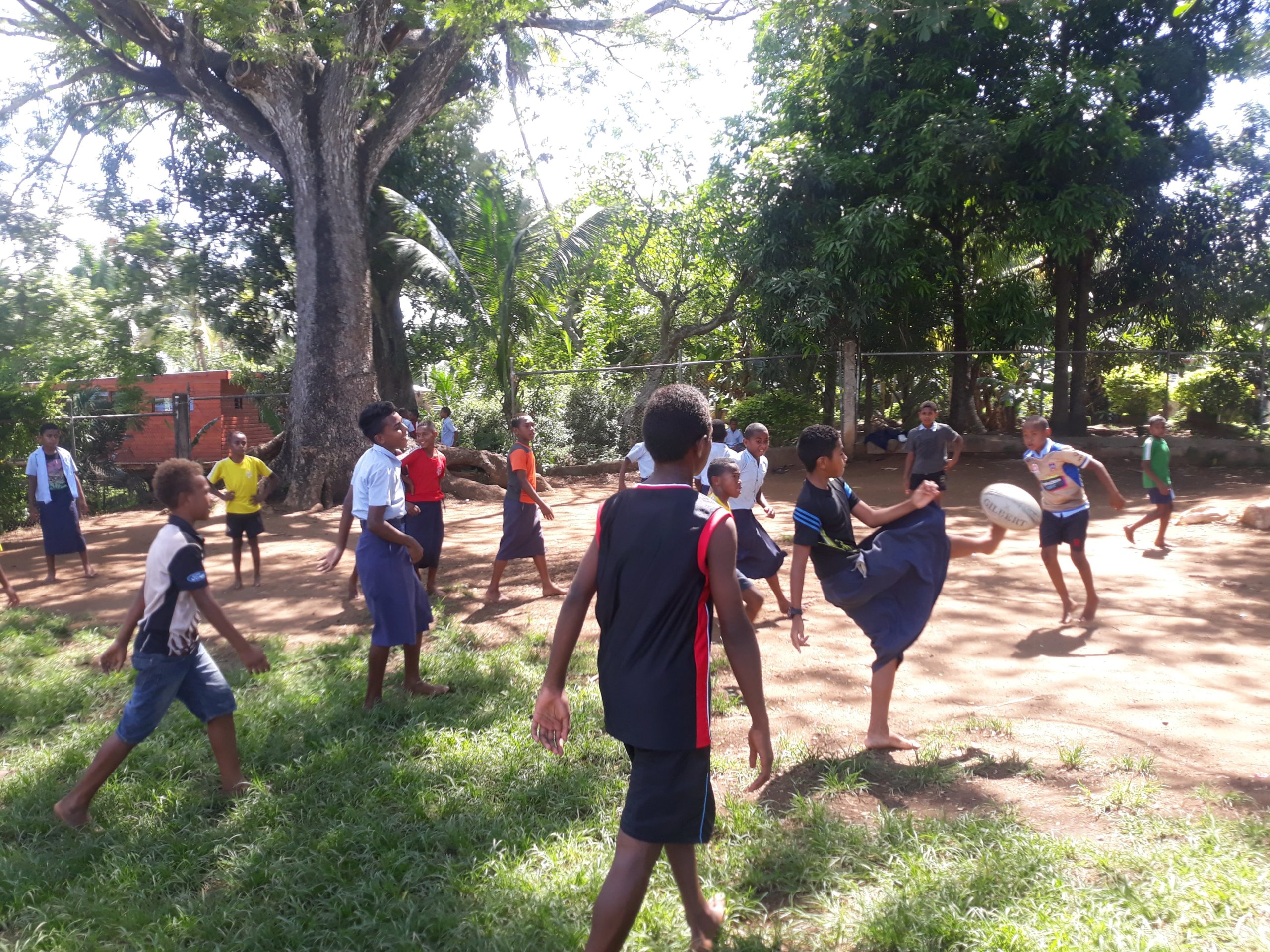 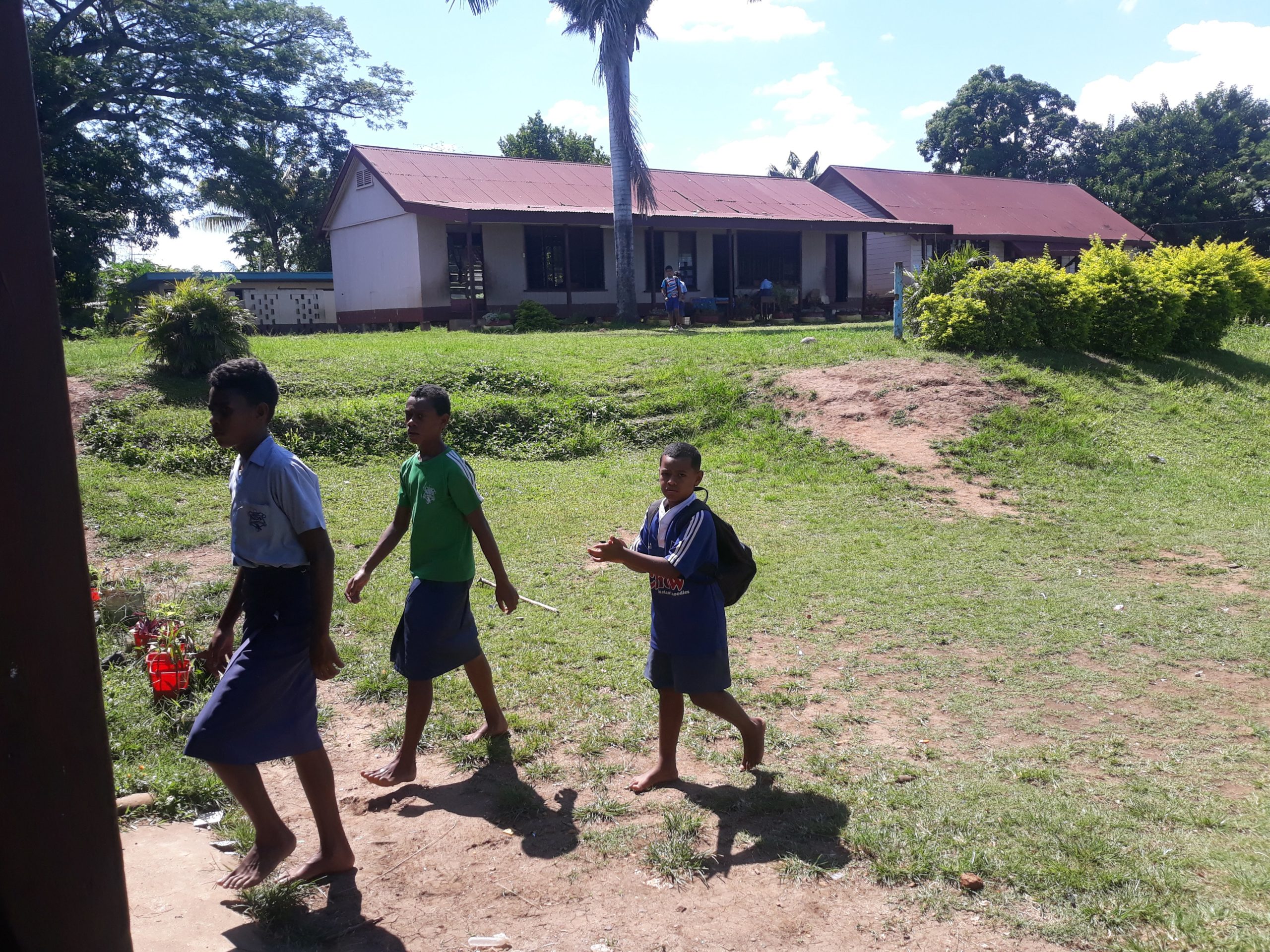 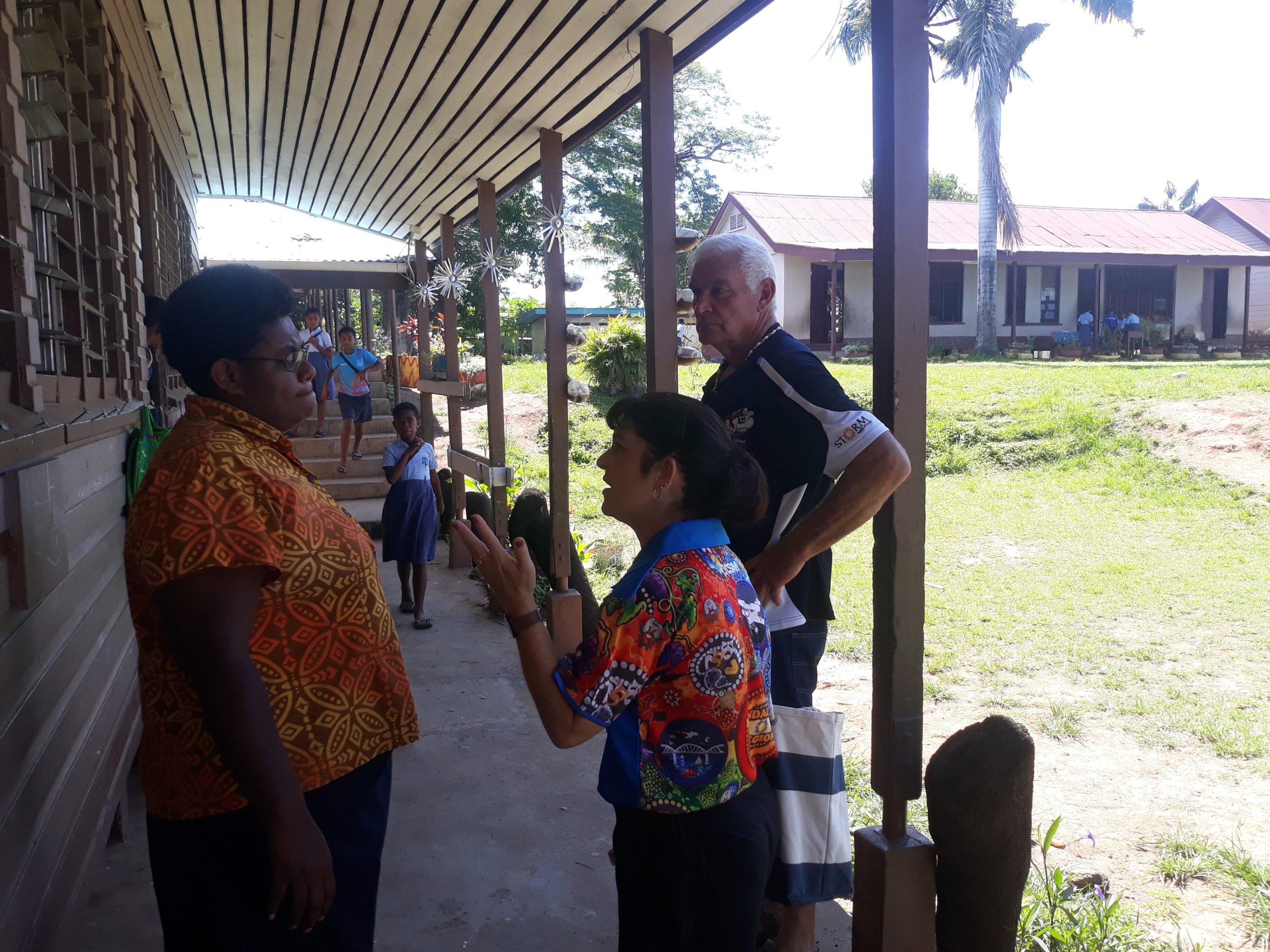